We use cookies to personalise content and ads, to provide social media features and to analyse our traffic. We also share information about your use of our site with our social media, advertising and analytics partners who may combine it with other information that you’ve provided to them or that they’ve collected from your use of their services.

i Cookies are small text files that can be used by websites to make a user's experience more efficient. The law states that we can store cookies on your device if they are strictly necessary for the operation of this site. For all other types of cookies we need your permission. This site uses different types of cookies. Some cookies are placed by third party services that appear on our pages. You can at any time change or withdraw your consent from the Cookie Declaration on our website.

Learn more about who we are, how you can contact us and how we process personal data in our Privacy Policy. Please state your consent ID and date when you contact us regarding your consent.

Marketing cookies are used to track visitors across websites. The intention is to display ads that are relevant and engaging for the individual user and thereby more valuable for publishers and third-party advertisers.

Wedding roles and responsibilities: who does what at your wedding?

Naturally, a wedding day is all about two indispensable people: the bride and groom. But on the day itself, as well as during the planning and preparation of the big day, there are friends and family members with special roles and tasks. You have probably heard of the maid of honor, master of ceremonies, flower girl, witness or wedding officiant, but do you know what these titles mean and who does what? Together, all these people – the wedding party, bridal staff or bridal crew – ensure that your wedding runs smoothly.

Naturally, a wedding day is all about two indispensable people: the bride and groom. But on the day itself, as well as during the planning and preparation of the big day, there are friends and family members with special roles and tasks. You have probably heard of the maid of honor, master of ceremonies, flower girl, witness or wedding officiant, but do you know what these titles mean and who does what? Together, all these people – the wedding party, bridal staff or bridal crew – ensure that your wedding runs smoothly. 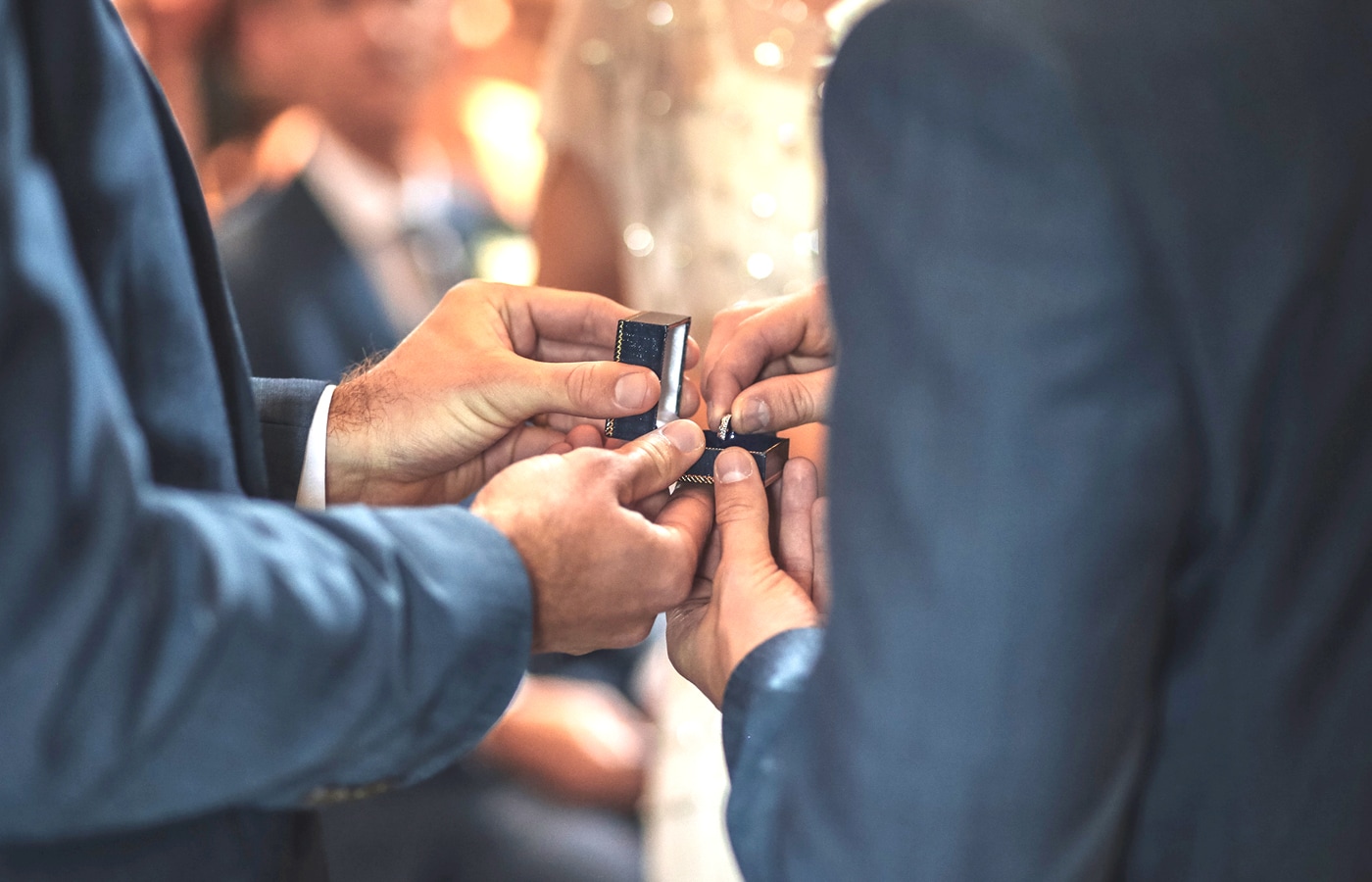 Firstly, the well known terms best man and maid of honor. The best man, like the maid of honor, arranges the bachelorette party for either the bride or the groom. In addition, they provide emotional support and help make all the big decisions such as the location, vendors, invitations, wedding attire, a wedding theme and the decoration. On the day itself they also help the bride and groom get dressed, make sure that gifts are safely stored and of course: the legendary best man and maid of honor toasts. During these speeches they usually share anecdotes about the newlyweds, such as old memories, how the couple met, or how the bride and groom changed for the better since dating each other. But most importantly, they take on the role of being your mainstay on this special occasion.

In the Netherlands it is not common to have your best friends next to you during the ceremony, but it’s happening more and more often. The bridesmaids and groomsmen are tasked with supporting the best man and maid of honor in their duties. The groomsmen often take it upon themselves to assist the master of ceremonies on the day of the wedding. And the bridesmaids are there – for example – to keep the dance floor running and to help the bride with her dress throughout the day.

In the Netherlands, prior to the wedding, the bride and groom get a marriage license in order to legally be allowed to get married. Your wedding witnesses also have to sign this wedding license. Usually the witnesses are the best man & maid of honor, but this doesn’t have to be the case. Usually both the bride and groom choose one or two witnesses who fulfill this important role. They jointly sign the marriage license and certificate and testify that the marriage is legally binding, which is why in the Netherlands you have to be 18 years or older in order to do so. If you lose your marriage certificate, your wedding witnesses can confirm that your marriage is legally binding.

Giving away the bride

The dream of almost every woman: to have her father walk her down the wedding aisle. In the old days, this tradition meant that the father closed the business agreement. Nowadays the tradition is performed as a sign of letting go of your daughter. Of course, this doesn’t have to be officially done by the father, a bride can also ask someone else dear to her, but she can also walk down the aisle alone. The Groom can also be escorted to the altar. The official name for someone you’re given away by is a processional. Another option is to walk to the altar with your partner, like Dutch Prince Willem-Alexander and Máxima Zorreguieta did in February 2002. At the wedding of Prince Harry and Meghan Markle in 2018, she walked the first part alone, due to a conflict with her father. The second part she was accompanied by her father-in-law Prince Charles.

Nowadays, we see more and more videos where there is a spectacle of scattering flowers. Previously that was almost exclusively done by young flower girls, but nowadays we see many different options, such as flower boys, flower grandmothers or your best friends. In short, a flower ‘girl’s’ job is to scatter flowers before the bride walks down the aisle. An alternative is to let them walk with a sign ‘here comes the bride’ or with balloons. Most flower girls sit with their friends/parents after their walk down the aisle.

The ring keeper is the person who keeps the rings prior to the wedding. This can be – for example – a parent, family member or friend. In the past, the parents kept the rings, as a sign of giving permission for the marriage. The ring keeper gives the ring to the ring bearer. Carrying the ring during the ceremony can be done by anyone. From children to pets involved in the wedding.

Another important task is that of the marriage registrar/officiant or BABS (special officer of the Civil Registry) in the Netherlands. At the city hall you can choose a wedding official or nominate a self-employed person. But if you want to make it really special, you can ask a guest, often a family member or friend, to be a wedding officiant for one day. He or she will direct your ceremony and legally marry you. But make sure to check if it is recognized and what the options are where you want to get married.

Previous story Back to overview Next story